Our little conqueror was born on the evening of 15th May 2009 at 32 weeks into my pregnancy. From about twenty-four weeks along we started running into some complications, our little Samuel (which means God Hears and which was chosen before he was even conceived) was just not growing. There seemed to be two possible causes at that stage, being a) my 1.53cm “tall” stature or b) Achondroplasia (Dwarfism). It was decided that we would give Sam another month to grow, but remain optimistic that it was purely genes playing a role. At twenty-seven weeks though there was no improvement and an appointment with a foetal specialist was arranged, although the earliest we could be accommodated was at my thirty-two week mark but before we could reach that point I was admitted to hospital with a poor blood flow to my womb which now brought In Uterine Growth Retardation into the picture.

We frantically researched both scenarios in order that we could be prepared for anything, or so we thought. But when Sam was brought into this world through an emergency caesarean section, the word “abnormality” hung fiercely in the theatre before Sam was whisked away to high care in the NICU, where he spent the next nine weeks, seven of which were spent on ventilation. We thought we’d tackled the NORMAL abnormals…dwarfism, cerebral palsy caused either by the IUGR or premature birth at the very least but when, twenty-four hours later and with the help of a Geneticist Professor, the paediatrician spoke words we’d heard for the very first time RUBINSTEIN-TAYBI SYNDROME… we were stunned to our core. And so began our journey with the strangest, but most “posh” sounding syndrome we’d ever heard of.

Our first plan of action on Day 1 was meticulous research on RTS and of course the facts which struck us the hardest were things like mental retardation, tendencies to develop tumours, heart and kidney anomalies, glaucoma and so the horror story continued but before we had the chance to completely submerge ourselves in grief and hopelessness we were called to our son’s side, who had finally been stabilised. I remember entering the NICU with a heart filled with panic and sadness and wondering why I’d offered up my Morphine drip….was it too late to ask for it back? I hadn’t yet seen Samuel and had no idea what to expect and, although this is such a horrific thought to admit, I feared that his “abnormalities” might make it difficult for me to look at him, to bond with him.

We approached what appeared to be more of a tray than an incubator and I could barely make out the tiny body lying there amongst the tubes and masks and syringes, not to mention the oscillator which constantly shook his little body. But, oh, his little body….completely covered in long, dark hair from tip to toe…the little thumbs, bent at an almost incredible angle…the little feet, especially the left one, completely turned in. For a split-second that fear came flooding back, he just looked so DIFFERENT…but the sheer beauty of this precious elf-like creature overwhelmed every other emotion and when the nurse told me I could touch his hand, instantly, with that very first, light as a feather touch, my being exploded with the most powerful LOVE I have ever felt and an instantaneous need to protect this tiny little person with every last bit of STRENGTH I possess.

And the LOVE and STRENGTH we draw daily from our Creator and Saviour is what has made it possible for us to travel this road with continued vigour. Our little conqueror has faced many challenges in his short twenty months…chronic reflux, feeding problems, seizures, apnoea’s, numerous lung infections, bladder problems, delayed neurological development, debilitating sensory issues, surgery on his thumbs, surgery to correct a tethered spinal cord and many more…but the triumph of each trial and tribulation is rich in His Grace.

Samuel has changed not only our lives, but each of us individually. There are times when we become disheartened when contemplating his future but our self-pity is quickly abandoned when we see him, strained with trying to recover from illness/surgery, but always filled with the most awesome, contagious JOY you could ever imagine. Samuel loves LAUGHING, he loves PEOPLE, he loves DECADENT TREATS, he loves his ANIMALS, he loves his FAMILY, he loves CLAPPING HANDS and DANCING, he loves LOVING. He has taught us about patience, about faith, about trust, about letting go of old dreams to welcome in bigger and better ones, he has taught us that mastering something like hand-clapping can cause more excitement and delight than mastering walking, he has taught us the importance of quality rather than quantity when choosing our friends, he has taught us that – although it’s easier – words are not the only way to show someone that you love them, he has taught us to lift our heads to the Lord…He is the lifter of our heads and to praise the Lord always “I will extol the Lord at all time, His praise will always be on my lips…”

Sam has a medical team consisting of a paediatrician (or two), an ophthalmologist, an ENT specialist, a urologist, an orthopaedic surgeon for his hands, an orthopaedic surgeon for his legs/feet, a neurosurgeon and two anaesthetists, all endeared to us by their empathy and compassion for our plight and all highly recommended by ourselves. We are blessed to have been taken under the wing of a wonderfully kind and caring RTS family here in South Africa, the Tooke’s, and we can think of nothing more gratifying than being able to offer even just a fraction of that same guidance to a new RTS family so invite you to contact us at nicky.debeer@telkomsa.net or to visit Sam’s blog at http://www.samtheconqueror.blogspot.com 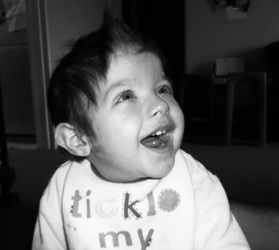 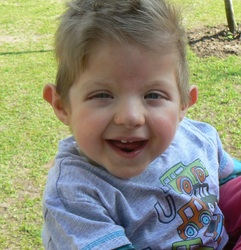 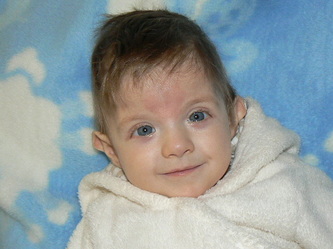 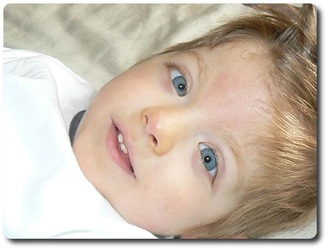 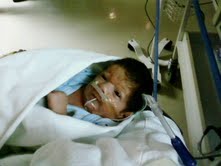 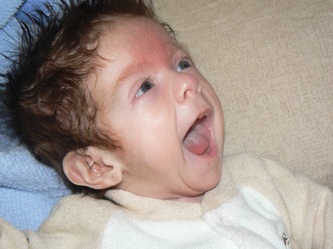 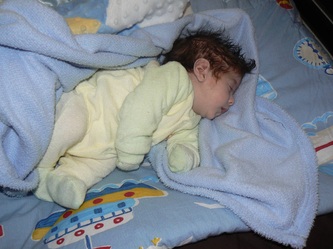